How to do a perfectly messy 5-strand braid.

The Bohemian-inspired, 5-strand braid is easier to “do” than you might think. “It’s really just a simple weaving of the hair back and forth in an over under pattern,” says braid guru Melissa Cook of Latest-Hairstyles.com. Just follow her simple steps below and you’ll quickly be on your way to learning the cute and intricate 5-strand braid.

Grab a comb and a hairband and let’s do this!

1. Begin by separating the hair into five strands.

2. Starting on the right side, take the two farthest strands and cross the right one over the left.

3. Drop the strand in your right hand and cross the one in your left hand under the next strand on the left.

4. Now drop the strand on the right and cross the original strand over the next one on the left.

5. Then drop that right strand and cross the original strand under the next one on the left.

See the over, under, over method? Now begin the same steps but working in the opposite direction towards the right side. I’ve asked my model to hold our original strand (which is now the farthest left strand, to keep it out of the way).

7. Now cross the strand in your left over over the next strand on the right.

8. Then cross the strand in your left under the farthest right strand. 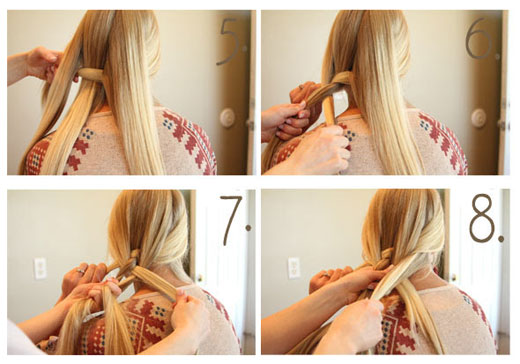 9. Drop that strand (which is now the furthest strand on the right) and begin working in the opposite direction crossing the right strand under the left one next to it.

10. Then, cross the right strand over the next strand on the left.

11. Now, cross the right strand under the next strand on the left.

12. Continue this weaving, over, under, over, until you get to the bottom of the hair.

13. Secure the end with an elastic. Get more hair how tutorials at latest-hairstyles.com.

Arizona Spa Girls may earn a small commission for our endorsement, recommendation and/or link to products from this website. Your purchase from our carefully culled affiliates goes right back into giving you the tools to glow from head to toe. Maybe a little goes to martinis. View our Advertisers 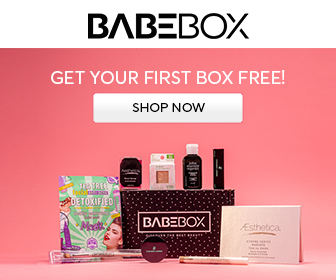 Totally digging this? Do tell by commenting below. Cancel reply